You might think you know driving laws like the back of your hand, but many of the ‘facts’ we’ve grown up believing are actually myths. Is it illegal to eat while driving? Is it illegal to drive barefoot? Can you wear headphones while behind the wheel? In this article, we take a look at some of the most common UK driving law myths.

The law on driving the car while:

Although it is not illegal to eat while driving, if your driving standards decline and you are spotted by police, you may be prosecuted as a result. According to a report in The Telegraph, a study by the University of Leeds found that motorists’ reaction times were up to 44 per cent slower than usual when they were eating and up to 22 per cent slower when drinking.

In the article, Professor Samantha Jamson from the university said: “It is accepted that the distraction of talking on a hand-held mobile phone may increase accident risk. However other activities that involve taking one hand off the wheel such as eating or drinking, may also cause distraction. Drivers take their eyes off the road in order to reach for or unwrap items.”

Smoking in a car that is carrying passengers under the age of 18 is illegal - this piece of legislation was introduced in October 2015. However, in all other circumstances, smoking while driving is not a criminal offence. It’s important to remember that similarly to eating while driving if the activity causes you to drive dangerously, you can still be prosecuted. It is also worth noting that smoking in a smoke-free private vehicle, such as a taxi, could result in a fine.

The interior light is switched on

One of the most widely believed myths about driving laws is that driving with the interior light switched on is illegal. There is no law against this in the UK, however, if police believe the light is causing you to drive poorly, they will ask you to turn it off.

Although there is no specific law prohibiting motorists from driving while wearing headphones, road safety campaign groups advise against it. Blocking out surrounding sounds with headphones could cause a dangerous crash due to missed traffic warnings or emergency vehicle sirens.

A passenger is drinking alcohol

In the UK it is not illegal for a passenger over the age of 18 to drink alcohol. The only alcohol and driving laws relate to drivers themselves, who must be under the national drink-drive limit at all times. It is also illegal to drink alcohol in a car while supervising a learner driver.

To drive legally with a Sat Nav in your car, it must be in a fixed position either on your windscreen or your dashboard. The Highway Code states that windscreens and windows must be kept clean and free from obstructions to vision, so your Sat Nav must be correctly placed otherwise you may technically be in breach of the Highway Code.

Rule 150 of the code states: “You must exercise proper control of your vehicle at all times. Do not rely on driver assistance systems such as cruise control or lane departure warnings. They are available to assist you but should not reduce your concentration levels. Do not be distracted by maps or screen-based information (such as navigation or vehicle management systems) while driving or riding.

As of March 1, 2017, not only is it illegal to use your phone while driving, the penalties have been drastically increased. Drivers caught using their phones behind the wheel will now face six points on their licence and a £200 fine.

The new legislation is even tougher on new drivers, as those who have been on the road for less than two years could be disqualified and face having their licence revoked. To avoid these harsh penalties, it is advised that drivers use a hands-free system or avoid the temptation of using their mobile phones by putting them in the glove compartment.

A new law, which is due to be enforced later in 2021, will see the rules become even stricter. The charges of £200 and a six-point penalty will remain the same, but crucially, the context of how you hold your phone will change.

Previously, you could not use your phone for anything that was considered 'interactive communication', but now, you simply cannot hold your phone while driving, no matter the context.

It is not illegal in the UK to drive without shoes on. As long as you can operate the vehicle safely, you may drive barefoot.

According to the Driving Standards Agency: “Suitable shoes are particularly important behind the wheel. We would not recommend driving barefoot because you don’t have the same braking force with bare feet as you do with shoes on.”

The basic guidelines for choosing suitable driving footwear include:

These guidelines do technically mean that certain types of footwear, such as flip flops or high heels, may not be suitable for driving.

If the speed camera doesn’t flash, does it mean I haven’t been caught?

Just because the speed camera doesn’t flash, it doesn’t mean you have not been caught speeding. There are many variations of speed cameras, so in addition to cameras capturing pictures of you, others may catch you using infrared technology.

Can I drive 10 per cent over the speed limit?

It is illegal to drive 10 per cent over the speed limit and laws introduced in April 2017 cracked down on speeding motorists.

The new band system means band A offences are for drivers travelling between 1 and 10mph over the speed limit. Those caught may be liable to fines equivalent to 50% of their weekly salary and three penalty points. Those driving between 11 and 20mph over the limit will be prosecuted under band B and will face fines equivalent to 100% of their weekly income plus four penalty points.

Band C is for serious speeding offenders exceeding the speed limit by 21mph+. Under the new laws, these drivers will receive a fine equivalent to 150% of their weekly salary, six penalty points or disqualification from driving for up to 56 days.

How many drinks can I have before driving?

Although there are legal limits set for the amount of alcohol you can have in your system before driving, it is recommended that you do not drink at all. Andrew Banks, partner at Stone King solicitors said: “In terms of how much alcohol one can safely drink prior to driving that is a complex issue. The safest measure is to not drink at all. Any other measure will be subject to a number of variables such as the alcoholic content of the drink, whether the person has eaten and when the person’s physiological make up, and in terms of safety rather than breaching alcohol limits, tiredness.”

Andrew added: “Anyone drinking alcohol before driving is taking a risk and it is not safe to give even a broad indication of the amount of alcohol which one can consume that would take one to the limit taking into account the variables.

“The penalties imposed by courts vary depending on the amount one is over the limit. For first time offenders less than 2.5 times the limit a fine and disqualification from driving for up to two years would be the maximum guideline penalty. Between 2.5 and 3.5 times the limit and an offender is likely to be made subject to a community penalty, such as unpaid work or a curfew, and a disqualification for up to two and a half years. Beyond that and prison sentences with disqualification for three years become a real possibility, such is the danger posed by drunk drivers.

“For repeat offenders, the penalties will be higher, particularly if the previous conviction is relatively recent. More than one conviction for drink driving within a 10 year period will trigger and automatic 10-year driving disqualification.” 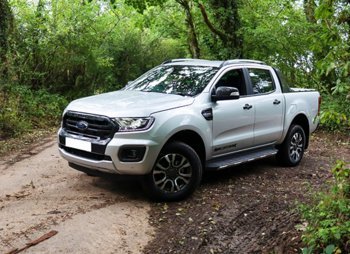 A to Z Van Jargon: A guide to understanding van terminology
Read article 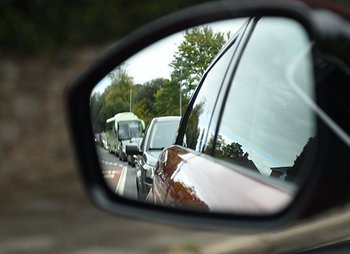 Top Tips for Happier and Healthier Driving in 2022
Read article 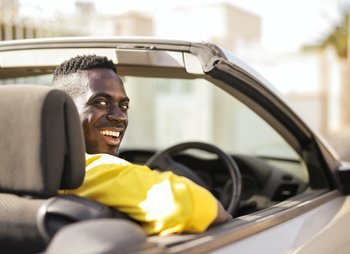 How to cut the cost of driving in 2022: Five tips from the experts
Read article
All articles