A history of Polestar: The story behind the innovative electric car brand 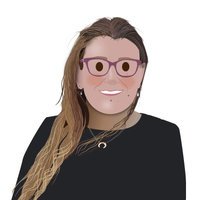 What's the story behind Polestar, the performance division of popular Swedish brand Volvo?

“We need to make brave decisions and stand by them.” – Tom Ingenlath.

The words of the Polestar CEO have never rung truer. Polestar have recently emerged from relative obscurity to become an innovative electric car brand, with the launch of the Polestar 2 a competitive rival to the Tesla Model 3.

But who are they? Where did they come from, what are they doing to take the electric car market by storm, and why are so many people considering Polestar 2 leasing in 2021?

The EV market is no stranger to innovation, with Elon Musk’s Tesla having led the pack for some time. But other manufacturers, big and small, are beginning to catch up.

And though Polestar is just getting started on their electric journey, they’ve been a successful automotive company for quite some time.

Polestar’s first life was as a racing team.

Swedish champion Jan ‘Flash’ Nilsson headed up the company – then known as Flash Engineering – and under his leadership the company enjoyed successes such as aiding Volvo to win the 1996 Swedish Touring Car Championship.

Using Volvos as the base for their own vehicles, Flash Engineering leaped from strength to strength, securing over 100 wins in the space of a decade. In 2005 Nilsson sold the company to Christian Dahl, who renamed it Polestar Racing.

Polestar Racing was known for being innovative and forward-thinking, and this was never more apparent than when they dabbled their hand in road cars.

The Swedish Touring Car Championship 2009 was won in a Volvo C30.

Capitalising on this success, Polestar went on to design and produce a road car based on the C30. It was a good racing hatchback – but Polestar knew they could do better.

And so came the C30 Polestar Concept – an outlandish road car capable of 405bhp, a 0-60mph time of 4.6 seconds, powered by an all-wheel-drive system, and accompanied by a brutal soundtrack.

It was little more than a marketing effort at that point, a chance for Polestar to separate themselves from Volvo and show the world what they could do.

It got everyone talking and reminiscing about the 850Rs that had competed in the British Touring Car Championship, propelling Polestar firmly onto the international market as a serious contender.

They’ve stayed there ever since.

Their successes then led to the first public release of the S60 model in 2013. Only 100 were ever built, Polestar wanting to test the waters to see if there was a chance they could ever launch their own road vehicles globally.

The public response was encouraging.

2014 came with the release of both the V60 Polestar and the Volvo V60 into 8 different markets. It was Polestar’s first global debut, and the launch paid off.

The Polestar racing team stayed under the guidance of Dahl, though he renamed the company – this time giving them the moniker Cyan Racing.

Polestar had enjoyed a connection with Volvo since their very beginning. Volvo vehicles had long provided the base for Polestar to build on and improve.

But now the performance division of Polestar belonged to Volvo, under the guidance of Geely, and the Swedish manufacturer had big plans to use Polestar to perfect the driving experience offered by their cars.

With their customers always at the forefront of their innovations, Polestar and Volvo sought to balance performance and control for the ideal experience.

And reader, they succeeded.

Polestar says that they are never finished, and always want to strive for the next step, this philosophy showing through in their own cars.

Polestar is being positioned as a separate performance brand by parent company Geely.

While the racing division of the company has enjoyed success over the years with its touring cars, Polestar Performance builds limited edition performance Volvos – and its latest models showcase Polestar’s step into the electric vehicle market.

Polestar 1 was unveiled in 2017, and for a first attempt at an electric hybrid, it has been very well received.

The stylish looks of the Polestar 1 are beaten only by its performance – it’s capable of traveling 78 miles on electric-only, one of the largest ranges of any electric hybrid. Though it does share features with the ever-popular Volvo S60, the Polestar 1 is its own beast.

The hybrid powertrain that powers the car is impressive. The battery provides 34kWh of power to the two electric motors that drive the rear wheels, while a turbocharged engine powers the front. It’s capable of sprinting from 0-60mph in 4 seconds, with 619hp.

It helps that it’s also a stunning car, all carbon fibre sloping lines, and a panoramic glass roof. It looks like a car from the future – fitting for the Polestar brand.

And though production of the Polestar 1 is ceasing later this year, as Polestar becomes a fully electric brand, they're going out with a bang. A limited-edition Polestar is being released, with bespoke matte gold paint, matching brake calipers, black wheels, and gold stitching in the interior. A fitting finale for the boundary-pushing, award-winning vehicle.

The Polestar 2, the brand's first fully electric car, was then unveiled in 2019.

In typical Polestar fashion, it’s designed for maximum performance and safety – while not compromising on style. The 78kWh battery powers two electric motors – one at each axle – and the system produces 402bhp. It has a claimed range of 292 miles, the ability to hit 62mph in 4.7 seconds, and a top speed of 127 mph.

Not bad for a company that had never developed a fully electric car before.

The future of Polestar

Polestar’s future is shaping up to be a bright one.

They are pivoting to become a fully electric brand, with all future cars building on the Polestar 2 base. Their next release is rumoured to be a coupe-style SUV crossover, Polestar tapping into the increasingly popular market for this type of car.

The environment continues to be a huge driving force for the company, with Polestar aiming to create efficient performance vehicles that look as good as they drive.

What is for certain is that Polestar is set to go far, and will never be content to sit on their laurels.

Fancy experiencing this innovative company for yourself? Great benefit-in-kind tax rates make a Polestar business lease a fantastic choice for your next car - just get in touch with one of our leasing experts.