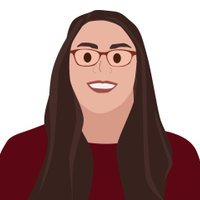 Sarah is the Marketing Manager here at Carparison, tasked with keeping the fantastic marketing team in line. She's probably the reason you've heard of us, and her wealth of marketing experience means that no challenge is too big.

Carparison are proud to support the women in their business, and every woman, on International Women’s Day and all year around.

Yet we are unequivocally entrenched in the automotive industry – a trade renowned for strengths in resilience and innovation but unfortunately also for a distinct and damaging lack of gender equality.

According to a study completed by Deloitte in November 2020, less than 20% of the total automotive workforce identify as female and 90% of participants felt women were underrepresented in their leadership team.

Perhaps more concerning is that 40% of women who are working in the industry when questioned would opt for a different career path altogether if they had the choice again.

In the three years Carparison have been in operation, our permanent workforce has grown from five to thirty-seven strong. With a number of roles open across our teams, this growth is still on an upward trajectory.

Both now and then, the proportion of female representation through our ranks, irrespective of authority, has been around 40%. At the time of writing, fifteen out of thirty-seven of Carparison's permanently employed staff identify as female (41%).

Furthermore, 57% of management positions are held by women, as are one of three of our Board of Directors (33%).

We know this is rare. And while we are extremely proud to buck the trend, we also wish we weren’t able to make that claim.

Meet two of our leading ladies

It is our pleasure to introduce two of the wonderful women at the head of Carparison. Charlotte and Jacqueline head up the sales and finance contingents respectively and therefore play a crucial role in our progress and our ambitions.

Jacqueline Vincent, our Finance Director, joined Carparison in April 2021. Her leap into the automotive industry followed decades of working across male-dominated industries including aerospace, defence and construction. She is thriving on the challenge, and tells us about her journey here as well as giving her advice for any women considering a career in automotive.

Charlotte Channing-Jones became part of the Carparison family in April 2021 but was appointed into the role of General Sales Manager nine months later. Charlotte is backed by over 6 years in the automotive industry having previously worked her way up the ranks within a premium German manufacturer. Even in an immensely challenging and unpredictable sales environment, Charlotte and her team are flourishing.

We also know that representation alone isn’t enough. We care that 100% of our workforce feels valued, has an equal opportunity for growth and is paid fairly.

Carparison were thrilled to achieve a three out of three star Best Companies survey score in 2021; earning us World Class accreditation for employee engagement. This result was based on impartial survey responses obtained from all Carparison employees on topics that include fairness of income, opportunities for development and social responsibility.

Despite falling well below the 250-employee benchmark that makes it a legal requirement, Carparison is currently compiling their gender pay gap report for 2021 and we intend to reflect and act on its findings.

As for gender balance, I would say we aren’t far off 50/50. It's all about the right person for the job though, regardless of gender, which is what Carparison has always done well. As a team we are lucky to have some very talented and positive role models who happen to be females.

We’re not alone in our appetite for greater gender diversity within our sector.

The automotive industry, like many others, is going through a prolonged period of change. Brexit, Covid-19 and the climate crisis are driving up costs, limiting supply and causing consumer sentiment to fluctuate unpredictably.

It is, however, times of turmoil that command action: what in evolutionary terms is called survival of the fittest. Unavoidable elements of this process are, as Deloitte’s report states, “an increased focus on driving efficiencies, cost-base restructuring and the disposal of non-core assets.”

But often this also requires a greater commitment from and therefore spotlight on a business’ people. They continue, “it is clear that gender diversity can help automotive companies gain a competitive advantage.”

They cite reasons such as:

Reassuringly, the majority of women surveyed by Deloitte (71%) have seen positive change in their workplace over the last five years.

Working for Carparison is fun and exciting, with lots of opportunites as the business is continuing to grow. There's a great gender mix and we all bounce off one another.

It is undeniable: the role of the men in this movement – within the automotive industry and every other - is crucial.

The advancement of women in any environment is hindered if not completely derailed when considered as being at the expense of men. In fact, those who identify as men play an equal role in the success of this movement and the benefits of gender diversity are unachievable without them and their genuine buy-in.

Harvard Business Review have released an incredibly insightful piece titled 'How men can become better allies to women'. It states that “Evidence shows that when men are deliberately engaged in gender inclusion programs, 96% of organisations see progress – compared to only 30% of organisations when men are not engaged.” They continue, “Without the avid support of men, often the most powerful stakeholders in most large corporations, significant progress toward ending gender disparities is unlikely.”

Not only is male inclusion helpful to progress, it’s pivotal.

Here at Carparison, we are committed to doing the best by our employees and giving equal representation, opportunity and reason for engagement. We’re prepared for this to require constant scrutiny, involvement and evolution and don’t intend to take our foot off the accelerator.

However, our successes in gender diversity shouldn’t and doesn’t cover over other areas of representation in which we hope, and need, to improve.

We’re proud of where we are, but certainly haven’t lost sight of where we’re going. 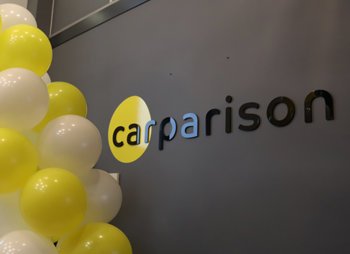 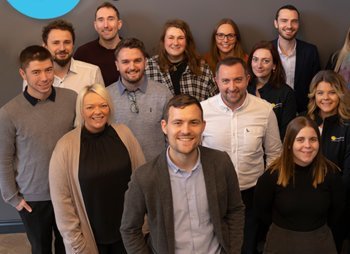 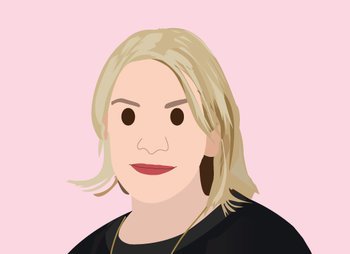