The trickle-down effect: How F1 can shape the future of road cars

Formula 1 is the pinnacle of motorsport and automotive engineering

Lewis Hamilton and Max Verstappen might be the drivers that dominate the headlines, but the Formula 1 circus goes well beyond the high-octane races that we see on the weekends.

The 10 teams competing on track can be comprised of thousands of engineers, designers and technicians, who are constantly pushing to secure the smallest of gains that can make the world of difference.

Nicknamed ‘the fastest R&D lab on Earth', so much of the incredible technology we witness on modern-day F1 cars has guided the development of the road cars we drive every day.

The modern car is made up of so many basic safety features, like seat belts or rear-view mirrors, that have been passed down through generations of motorsport knowledge, there's every chance your next car lease will contain more racing heritage than you realise.

How Formula One helped shape the modern road car

BBC presenter Fiona Bruce may have labelled F1 as one of the most ‘gas guzzling’ sports during Sebastien Vettel’s recent appearance on Question Time, but you might be surprised to learn that they are among the most efficient engines in the world.

In 2017, Mercedes-AMG High Performance Powertrains ran tests to see just how efficient their F1 hybrid powertrains were and the results were quite something.

The average thermal efficiency of a road car – the actual percentage of fuel used to propel the car – is around 20%.

While testing their F1 M08 EQ Power+ power unit at their Brixworth HQ, it reached a thermal efficiency of over 50%. They now produce 26% fewer CO2 emissions than the previous normally aspirated V8 engines.

That knowledge is not wasted and by creating such incredibly efficient powertrains, manufacturers like Mercedes can pass those learnings onto their road cars for years to come.

Ferrari and Mercedes are two of only three F1 teams who are both car manufacturers and engine suppliers.

Both Mercedes boss Toto Wolf and Ferrari’s technology transfer manager Amedeo Visconti have previously confirmed that designers and engineers will regularly switch between the road cars and F1 departments to share their learnings and execute their findings.

In 2019, Formula 1 announced plans to become a carbon neutral sport by 2030. Aware of their shortcomings as a sustainable sport, one of their major goals has been to create a laboratory-developed synthetic fuel.

The cars are currently fueled by an E10 blend that isn’t too dissimilar to what you pay for at the pump for your road car.

While fully electric Formula 1 cars are unlikely - there is a standalone Formula E racing series - this could happen with the help of synthetic fuels.

If you've ever considered an electric car lease, you may have heard synthetic fuels put forward as a possible alternative ahead of the 2030 petrol and diesel ban.

Porsche are one of the car manufacturers currently exploring the long-term possibilities of building combustion engine cars with synthetic fuels, as they have done with the new 718 Cayman GT4 RS.

Vice president of Motorsport and GT cars at Porsche, Frank Walliser told Evo in 2021 that synthetic fuel powered cars can be as clean as electric alternatives, "Synthetic fuel is cleaner and there is no by-product, and when we start full production we expect a CO2 reduction of 85 per cent.

"From a “well to wheel” perspective, and you have to consider the well to wheel impact of all vehicles, this will be the same level of CO2 produced in the manufacture and use of an electric vehicle."

Though they are considered to be a carbon neutral fuel, it is not yet believed to be a viable option for road cars due to cost.

However, should F1 roll out a successful synthetic fuel soon, it will no doubt catch the attention of some of the leading car manufacturers as we edge closer to 2030.

One of the most noticeable pieces of engineering to come from F1 that we see in our modern-day cars is paddle shifters.

Placed behind the wheel in favour of a traditional gearbox lever, they allow the driver to execute more efficient gear changes without having to take their hands completely off the wheel.

The original design dates back to 1989, where Ferrari created the original paddle-shift gearbox. Historically, F1 cars were fitted with a traditional gearbox, similar to what you would use in the manual road car you drive today.

Ferrari’s 640 was the first F1 car to fit the shifters and it helped British icon Nigel Mansell secure his first win for the Scuderia. Not only were they more driver-friendly, but they also allowed for more control over downshifts into corner entries.

Easier and more efficient gear changes would lead to huge gains in lap times and soon the rest of the grid would follow as it quickly became the norm.

Fast forward less than 10 years and the 355 F1 was the first Ferrari road car to be fitted with paddle shifters on the steering wheel.

It was a monumental moment for Ferrari and road cars in general, with it now hard to imagine a car of that ilk without them.

READ MORE: Who are the most successful car manufacturers in motorsport history?

When developing their cars, Formula 1 teams are bound by strict regulations that they will constantly push in their attempts to extract maximum performance.

This can sometimes go too far and quickly be deemed illegal if other teams or officials believe something offers an unfair advantage.

One of the most famous examples of this is McLaren's 'Brake Steer' pedal from 1997. Engineers fitted a third pedal into the cockpit of the MP4/12 to sit alongside the brake and throttle.

The third pedal, essentially a second brake, was designed to activate the brakes on one of the rear tyres. It could be used alongside the original brake and throttle to manipulate the levels of torque sent through the tyres and, as a result, give the driver better control of any understeer through corners.

While the system was outlawed in F1 the following season as a result of Ferrari protests, McLaren would continue to develop it to use in their road cars in the years to come, including the McLaren 12C and P1.

Perfecting corner entry and exit speeds is one of the many secrets to a good lap time and while at Lotus, the late Ayrton Senna utilised an active suspension system to maximise his speed.

To help improve his car’s cornering ability, the active suspension in an F1 car allows the driver and team to manipulate the car’s ride height for greater speed.

Unfortunately for F1, active suspension systems were banned in 1994, but have since become a prerequisite of many road cars we know and love today.

The Mercedes-AMG One hypercar paved the way for F1-inspired road cars.

Designed with technology developed from Mercedes' race cars, it features an F1 style steering wheel and is powered by an F1-derived 1.6-litre turbo-hybrid power unit.

Following on from the Mercedes-AMG One is the truly astonishing Aston Martin Valkyrie, which in Aston’s own words has been built to be ‘as close as possible to a Formula One car’.

The mainstream use of carbon fibre on road cars is something that has been passed down from F1. Previously it was only used sparingly due to the additional costs involved.

However, having witnessed the benefits in F1, where teams can improve the car's strength and rigidity without adding unnecessary weight, it is now used far more expansively among manufacturers like BMW and Mercedes.

The switch to hybrid engines also allowed a huge crossover of knowledge between manufacturers and F1 teams, with the likes of Mercedes utilising their hybrid technologies in cars like the S-Class.

The future of F1

Formula 1’s next regulation change comes in 2026 and such is the demand for a lucrative slice of the pie, the sport is continuing to attract some of the biggest names in the automotive world.

New engine regulations in 2026 could open up opportunities for new teams or suppliers to join the sport, with the Volkswagen Group heavily linked with such speculation.

Rumours have also been swirling around Porsche and Audi, who could both join F1, as either a team sponsor or engine supplier.

Porsche have been heavily linked with Red Bull, who could become the team’s dedicated engine supplier.

Having openly discussed the possibility of exploring synthetic fuels to 'save the combustion engine' and a route into F1 would allow for a whole new world of development and data to support Porsche's quest.

The demand for Formula 1 has never been higher from a commercial perspective. As they continue to push the boundaries of engineering possibilities to create a more sustainable sport, our road cars of the future will continue to benefit from the trickle-down effect of that knowledge.

Experience modern F1 technology for yourself with a brand new lease

7 of the best hatchbacks for families
Read article 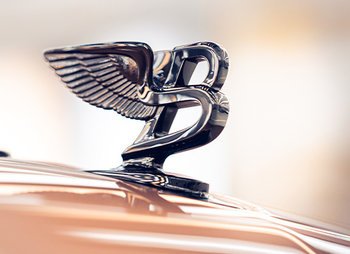