The long-standing benchmark for electric vehicles – but does it still live up to the hype?

Since the emergence of electric vehicles, Tesla have dominated proceedings with a clear stranglehold on the industry.

However, as time has gone on, rival manufacturers like Polestar, Audi and Mercedes have taken steps to provide genuine rivals to the Model 3.

You have the impressive Polestar 2, BMW i4, Hyundai Ioniq 5, Kia EV6 or if you want something more performance-focused, you could even consider the Porsche Taycan.

Where it was once a certainty that the Model 3 was the only electric car of choice, it is now competing in a far more saturated market – so does it still prevail as the best of them all?

To drive away in the entry-level Standard edition, you’re looking at OTR prices in the region of £43,000.

The Performance variant that we were testing starts from just under £60,000. The big difference between the two is of course the acceleration. However, if you’re looking for a more affordable monthly payment on your Tesla lease, either the Standard or Long Range variants might be the one to choose.

The acceleration on both - while not at the same level as the Performance models - is still more than enough to provide you with all the tools to overtake with ease.

The Performance variant of the Model 3 comes with a claimed range of 340 miles – which puts it right up there with some of the best-performing EVs on the market.

We carried out our Model 3 review in cold conditions, with liberal use of the heated seats, climate control as well as (safely) testing out that acceleration once or twice. With all that taken into the account, we found the real-world range to be closer to roughly 300 miles which - while not the claimed 340 - remains mightily impressive.

There's something very reassuring about having the exclusive access to the Tesla Supercharger Network. The chances of a long wait at a charging station are greatly decreased and generally, it just makes the experience of living with an EV that little bit easier.

Tesla do plan to open the network to other EVs in time, so for how long you can enjoy that exclusivity remains to be seen.

The Model 3 was no trouble to charge and via a Supercharger, it can recoup up to 172 miles in 15 minutes.

Using a 7kW charger at home will take you between 8 and 12 hours from zero to full. It's estimated to cost less than 5p to run per mile, which compared to an ICE car, offers you an incredible saving in running costs.

What a fantastic driving experience. That really is the best way to describe it.

Of course, the Performance model's biggest selling point is the acceleration, so let's address the elephant in the room; it's bonkers. Totally ridiculous. It produces speed and power beyond anything you'll ever need under current driving regulations. Overtaking on the motorway is effortless but feels so rewarding with all that power.

Because of the headline-grabbing nature of the acceleration, what can often get overlooked is just how well the Model 3 performs in everyday environments - you know, the boring stuff. The answer, it's oh so good.

The ride is firm but controlled and comfortable, with the Model 3 at its best just cruising along.

It was the all-wheel drive system that provided the biggest surprise. Relatively speaking, all electric vehicles are quick off the line - none more so than the Model 3 - but never have I experienced such control.

As it unleashes all that torque, the car remains so measured and composed. There's no wheel spin, no internal fight between the car and the need for traction, it just goes with minimal fuss.

We recently carried out a Polestar 2 review  and that was a vehicle that left a big impression on me, but as an overall package, the Model 3 does edge it from a driving perspective. The combination of the immersive speed, complete control and first-class comfort levels make it one impressive machine.

As a slight note of caution, you do hear more of the whistling of wind noise through the front pillars as you hit the higher speeds on the motorway, but generally this is a common issue among electric vehicles rather than a problem specific to Tesla.

Up close and personal, the Model 3 is sportier and more muscular than it can come across in pictures and videos.

The front end of the vehicle drops away quite suddenly and once you’re in the driver’s seat, it does make the car feel very sporty and planted to the floor.

At the rear, it’s very bulky (in a good way) and fierce. The rear wheel arches stick out to give the Model 3 quite the stance. It reminded me of what we experienced during our recent BMW 3 Series 330e review, wherein many ways, the rear of the vehicle stole the show.

Inside, comfort levels are very high and compared to previous versions of the Model 3, Tesla have done a fantastic job of improving the quality of materials used throughout.

The satin black finishes that replaced the chrome option on the handles and doors make such a difference in enhancing the premium aspirations that the Model 3 has.

For its price, I don’t think the interior quality tops something you might see from one of the three German heavyweights, but it’s a great improvement on previous iterations of the Model 3.

That being said, it is a very nice cabin to spend time in. Comfort levels are high – not quite as high as the Polestar 2, but it runs it close.

Full disclosure - I wasn't sure how I was going to feel about Tesla's infamous minimalist design. While I can appreciate the clean cut finish, I feared the Model 3 could be lacking character. I was wrong.

The wood panel that runs through the dash creates a nice change of texture and it's positioned nicely to break up the darker colours. The qualities of materials used throughout make up for the lack of quantity.

And with such a prominent touchscreen, you don't really need anything else around it.

The Model 3 was a lovely place to be. Being so spacious is one of its most underrated features.

Rear passengers enjoy a competitive amount of space, while the glass roof creates a welcoming and open cabin.

Head and legroom is good for this class and six-footers or above will get by nicely. The combination of high-quality materials and the glass roof create a premium feel that adds to the experience for rear passengers.

It delivers on practicality too. In the centre console, you have two good-sized compartments to store items away, with reasonable door bins and a good-sized glove box to match.

The addition of the ‘frunk’ gives you the freedom to optimise your storage potential. Charging cables can be kept out of the way at the front (while still leaving you with room for a shopping bag or two if you want it) and then you have a long, wide rear boot for everyday luggage.

As much as the wide opening does compensate, the reality is, it's still a saloon boot and cannot compete with the hatchback alternative available on the Polestar 2.

The depth to the Model 3’s technological performance is simply outstanding, but that doesn’t mean it comes without its faults.

The layers to it are beyond belief and it’s as capable and powerful as most modern-day computers – from farting indicators to watching YouTube, Netflix and playing Tesla inspired games.

Nearly all the car’s major functions are controlled through the 15-inch touchscreen, which it must be said is incredibly responsive. No lag, crystal clear image – the system works very well.

This won’t be for everyone and that’s okay. Some won’t want to jump through different sub-menus to adjust their wing mirrors or steering wheel. It can be fiddly if you're unfamiliar with the system.

Is the overall package easier or as simple to use as a traditional dial or button? No. Does that make it bad? No, it’s just different to what we're used to.

You need to allow yourself some time to have a play around with the screen, understand where everything is and you quickly become familiar with the everyday buttons you’ll need. Given the rate that technology is developing, the Model 3 has always been ahead of its time.

READ MORE: Which Tesla model should you choose?

It felt like the Model 3 had more cameras than your typical CCTV system. They are plastered all over the vehicle, ensuring you can see near enough every inch of the thing at any one time.

For any nervous parkers out there, reversing won’t be an issue. You get fantastic visibility at all angles, with some of the best quality cameras I’ve ever witnessed on a car.

The Model 3 also comes with a five-star Euro NCAP safety rating and a 96% score for adult occupants.

Standard editions of the Model 3 come fitted with the Partial Premium Interior, meanwhile, the Long Range model and Performance variants have Premium Interior as standard.

*Model lines and prices correct at the time of publication

It takes you no time at all to realise why Tesla have been the pioneers of electric vehicles.

It’s an exciting prospect to think about just how good these vehicles are now. What could they be like, in five, 10 years’ time as our charging infrastructure grows and Tesla continue to break new ground?

They have always pitched themselves as something different and driving the Model 3 really was a unique experience.

It’s different, a real head-turner, but it’s not what we know and love. We wouldn’t be human if change didn’t come to us naturally, but you find yourself adapting because that’s the way technology and the industry is moving.

And if you want to experience the best electric driving experience right now, it’s hard to argue with anything other than a Tesla. 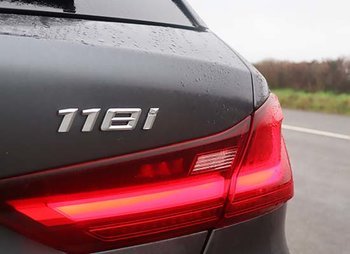 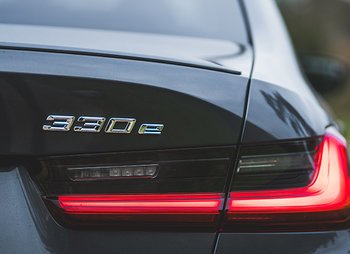 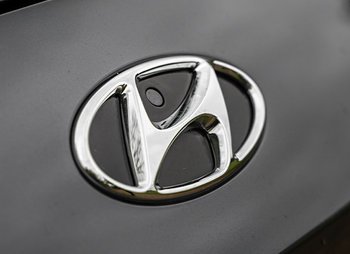