Who is Genesis? Meet the brand vying for the luxury car crown

If you're tired of the traditional premium car offering, try Genesis on for size.

No, not that Genesis. We're talking luxury cars, not '60s rock bands.

Introduced as an independent marque in 2015, Genesis is the luxury division of popular South Korean manufacturer Hyundai. Launching into the US at the end of 2016 with the Genesis G80 and G90, the manufacturer has gone from strength to strength ever since in the global luxury car market.

With a strong commitment to the brand, a unique way of selling, and a wide range of cars, Genesis is already proving to be a strong competitor to established manufacturers.

The seeds were initially planted back in 2003 with 'Concept Genesis', and plans for a luxury Hyundai saloon. Though there was internal debate surrounding whether the car should be marketed as a Hyundai or launched as a new brand, eventually it was named the Hyundai Genesis.

It was labelled a 'progressive interpretation of the modern rear-wheel drive sports saloon and was received very well, especially in the US. It didn't fare so well in the more difficult European market, however, and had a much shorter lifespan over here.

Ultimately, Hyundai's launch into the luxury car market was a success.

It ranked among the top three segment sellers, and consumers began to demand a separate division. And so in 2015 Genesis was launched as a standalone brand.

Genesis' flagship model, the G90, was introduced in December 2015. A full-size, four-door luxury saloon, it's the successor to the Hyundai Equus and showcased Genesis' new direction.

The G90 and the G80 launched into the United States at the tail-end of 2016. A third model soon followed, with the Genesis G70 - a compact saloon - being unveiled in South Korea in 2016.

At the heart of the brand is an emphasis on well-built, high-quality saloons and SUVs - both well-established and well-loved styles in rivals like Mercedes-Benz, BMW, and Audi.

Us Brits are notoriously difficult when it comes to introducing new brands. We know what we like, and we buy what we like. But Genesis isn't new to this game, and have launched with cars that are set to appeal to UK consumers in a competitive, and often crowded, market.

And there's still more to come, with Genesis announcing that three electric cars will launch in the UK over the next year or so.

Peter Schreyer, infamous for sketching the original Audi TT that turned heads in 1998, has been central to creating the Genesis look.

He's brought all his expertise to the table to create a luxury experience that rivals established competitors, while bringing something fresh.

Genesis as a brand is rooted in Korean culture, with Schreyer commenting;

It's a culture rooted deeply in tradition and craftsmanship, yet on the polar side is hyper-modernity with the electronics, tech, art, fashion, music, K-Pop - there is such a vibe in Seoul, and knowingly or unknowingly it influences us designers.

This vibe is clear across the board, with sleek lines and distinctive headlights and grilles. It's both traditional and modern, taking styling cues from luxury brands like Bentley and Lamborghini.

Genesis is also very clear that these are cars built for the next generation, aiming to rethink the experience for everyone who wants a well-built, premium car.

Wondering which Genesis vehicle is the right one for you?

The G80 is a capable and luxurious saloon; the exterior is eye-catching, while the interior is luxurious and comfortable. It's a fantastic choice for your next business lease.

The G80 showcases Genesis' commitment to capturing the luxury market one executive saloon at a time, and sports all the key features you'd expect, including heated front seats, dual-zone air conditioning, front and rear parking sensors, and a smart cruise control function.

If you're a fan of the BMW 5 Series, this is the car for you.

The Genesis GV80, on the other hand, is a premium SUV that at first glance has a whiff of the Bentley about it, and rivals the BMW X5.

It's got a haughty air and a commanding presence, with its G-Matrix front grille, split front headlights, and illuminated side vents. If you're after the luxury experience in a mammoth package, the GV80 is the vehicle for you.

And if you want something smaller?

The Genesis G70 is the one to go for. It's a compact saloon that doesn't compromise on experience and is based on the same platform as the popular Kia Stinger to deliver a fantastic driving experience.

The sleek exterior continues the brand's strong design, while the interior is finished in luxurious mixed materials like leather and high-grade plastics, and there's plenty of space in the cabin for five adults.

And a car that's been specifically designed and tuned for the European market, the Genesis G70 Shooting Brake is the car for you if you're looking for something with additional style and space, but without compromising on experience.

All the cars available to lease bring Genesis' strong eye for design, detail, and build quality to the forefront.

If you're looking for something a little different for your next car, a Genesis lease might just do the trick.

Take me to the Genesis lease deals! 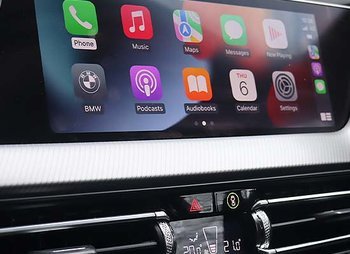 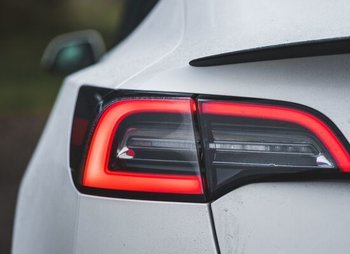 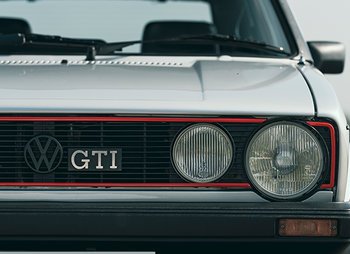 Modern classics: 6 cars that have stood the test of time
Read article
All articles